Moringa Oleifera belongs to  the family Moringaceae which  has about  thirteen  species. Moringa Oleifera  is a drought-resistant tree that grows in  Asian and some African countries . InAfrica, it is known by several names  such as Chammwamba , Mlonge , Mulinga, and Moringa  .In other parts of the world , its also known as Horse Radish tree,  Drumstick tree , the Tree of Life , Miracle Tree,  Ben Oil Tree , Zogale and Sahijan.   Its one of  the most sort after superfood  worldwide. In Africa , its cultivation and  consumption is now being  promoted by a pan-african  not-for-profit organisation called AMH NGO. AMH stands for Africa Moringa Hub. The promotion is  being  implemented under the slogan ‘’ Eat and plant Moringa !’’

Due to Moringa Oleifera’s  growing popularity  for  its nutritional and health benefits , critics , including conventional medical practioners  and scientists   have demanded  upfront  eveidence  to substantiate the claims.

Scientists have now  brought forward  plausible  evidence  to support  the amazing  benefits of  the God given Moringa tree. The  evidence below reveals  that  moringa might be beneficial in the following :

Taking   2 to 3 moringa nuts per day for not more than 2 weeks  have  shown to relieve pain and inflammatory  process. The study reveals  that the moringa  seeds  might be  beneficial to those with Gout , Rheumatism and  any sort of  arthritis.

Moringa contains iron which is one  of  the most important building  blocks of Haemoglobin (blood cells). Furthermore , moringa  oleifera contains Vitamin C. Vitamin C  helps in absorption of   Iron from the gut hence make it  available for blood  cell production.

Preliminary human evidence reveals  an improvement in breathing and lung function associated with ingestion of 2 to 3 Moringa nuts per day.  The results  suggest that  taking  Moringa nuts  will improve  quality of life in those with Asthma  and Bronchitis .

This article is  for informational purposes only and is not intended as a substitute for advice from your physician or other health care professional. This information should not be used for diagnosis or treatment of any health problem.  La Vieherb advises that you consult your health professional if you suspect you have a health problem. 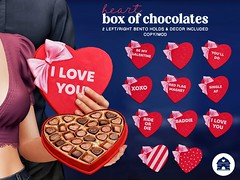